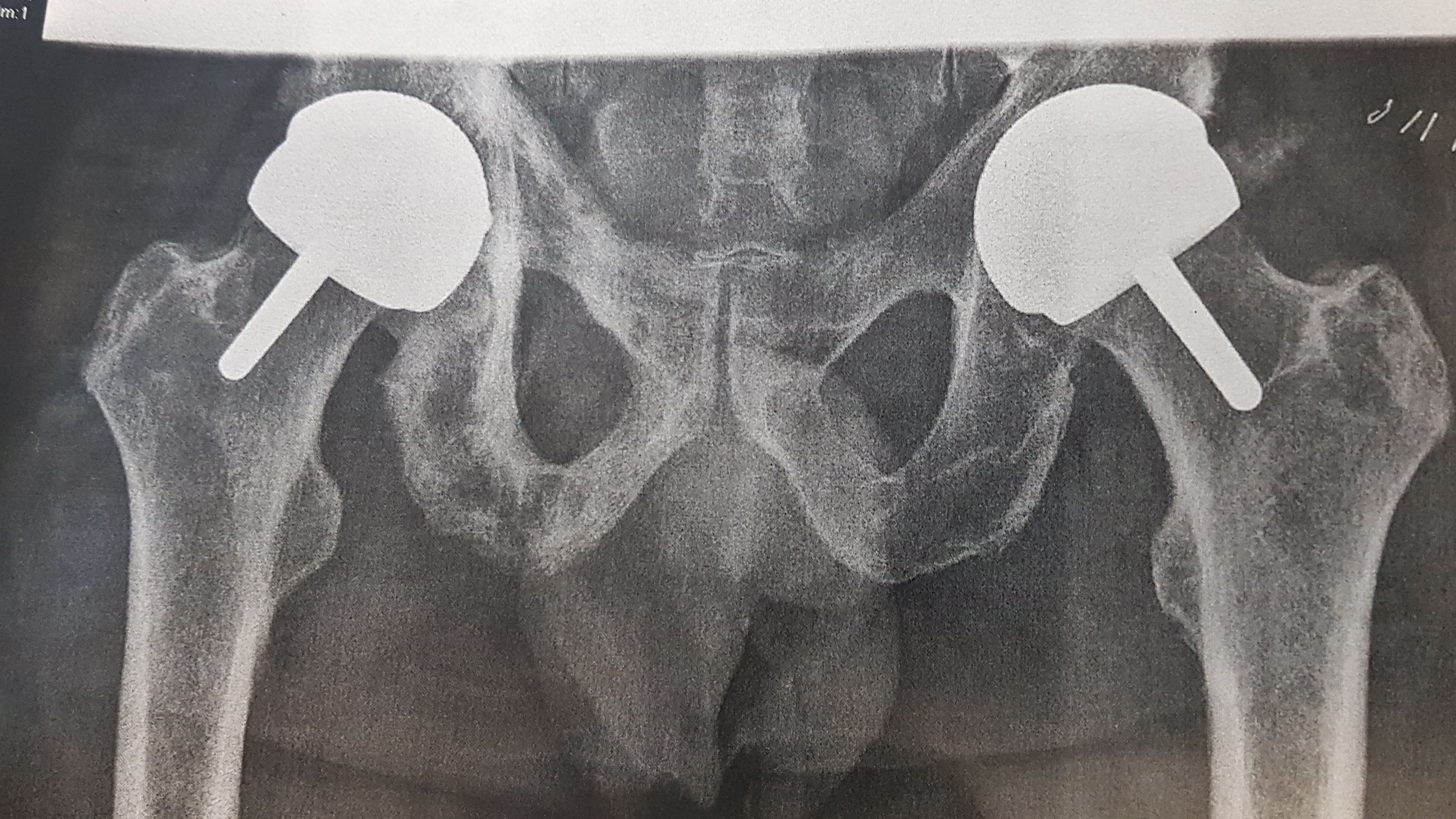 This blog looks at hip replacement from a patients perspective and my experiences with the N.H.S. at the Royal Orthopaedic Hospital in Birmingham These days we only seem to hear negative stories about our N.H.S. , one thing that particularly bugs me is how difficult it is to see your own notes and I don't think patients are given enough clinical information about their condition, mistakes do get made and if a patient fully understands why he is being given a certain medication or perhaps postoperative anti-coagulants and some one forgets to write them up, there is another safety link in the chain of treatment - the patient
That said I think the service we have, free at the point of use is world class.

Birmingham hip replacement at the Royal orthopaedic hospital-a patients perspective.
I am a layman so please take all surgical information as potentially wholly inaccurate.
Six days ago I went for a left hip replacement, having been limping for the last year following a two hundred mile walk in southern Spain. I had had a right hip resurface ten years ago, which I found a little traumatic and was not awfully keen on another. The onset for my left hip was sudden and so I was minded to think it was a muscular or tendon problem rather than an age related rheumatic problem which, of course, I don't suffer from. I therefore waited waited 6 months before I sought a surgeons advice, clinicians tend to find drug related solutions, anti-inflammatory s etc. , whilst surgeons remove/replace the offending bit.

I was keen to be seen at the R.O.H. as it has a world wide reputation, nor did I want a surgeon that did my kind of surgery occasionally, I wanted someone who could do it in his sleep although awake would be preferable.
There the registrar took one look at my x-ray and listed me for surgery. I was keen to have the resurface procedure over the replacement as it apparently gives a better and more normal movement range and still allows full replacement later on, if necessary.

Total hip replacement has evolved greatly in recent years and there are various types, nowadays they are modular so that if either the ball or socket wears out individual bits can be replaced without needing to replace the whole joint. It entails a new metal socket, possibly with a replaceable plastic lining, then chopping the end of femur, ball and shoulder included and inserting a rod into the long bone with a replaceable, possibly plastic ball.

Surgery was fixed for the 11th October and I duly arrived at the admissions lounge at 7.00 am , my arrival being noted I sat down in a state of some expectation and trepidation and started reading a book. At 9.30 was called in for pre op checks, bp temp etc. given the solid advice of drinking plenty, but not to much water as to destroy my salt balance after surgery and given a short pep talk, at which point a nurse popped her head round the door to announce that they were ready for me in theatre and I was next in line for “carving” my words, not hers.

I was led out, gowned up, including a ridiculous pair of transparent paper underpants and led into the sedation room where I finally got to meet my surgeon to whom I expressed a massive amount of respect, he had after all invented the prosthetic I was been fitted with and something that required so much skill in alignment for success. Ok, a bit thick but if a mechanic messes up my gear box I can always get a new car.

Next thing I remember is being on the ward in a room with three other men, 2 hips and two knees.
Immediately after surgery the swelling and bruising hasn't really had time to develop, there is still an effect from the epidural ( these days they seem to give you a lighter general anaesthetic backed up by a spinal block) and the nurses very kindly dispensed morphine related pain killers so I was on cloud nine.
The hospital food was excellent , all the staff were professional, friendly and approachable I won't go into every aspect of the care here, I can only say it was first rate.

I do have a vital tip for any one staying over night in hospital-bring the best set of ear plugs money can buy, the chap opposite me was a great character, well travelled and large. At night he snored loudly, with gusto and every sign of enjoyment, my colleagues and I could only listen through the night. Fortunately, whilst morphine doesn't help you sleep it does at least dull the senses.

In the morning the physios arrived good and early to get you out of bed and take your first tentative steps.
By now all feeling had come back to my leg , which felt like a log and really didn't want to move, the biggest problem was moving it sideways to get it over the side of the bed and dropping it down to the floor- it hurts. Reversing the procedure is worse.
I started off with crutches, I am sixty, have vigorously exercised upper and lower body in the gym as a substitute for a year of enforced abstinence from racket ball- I'd rather be seen dead than use a zimmer frame.

These days they get you in and out of hospital A.S.A.P. Its better for all concerned, I had gone straight from the welcome lounge to theatre, Whilst I was in theatre the patient in my bed space was being escorted to the departure lounge to await discharge and thus the space was unoccupied for a mere hour or so. Gone are the days when you had to occupy the bed the night before to guarantee the bed on the day of the operation.
Having walked down the ward and up and down some stairs I was ready to go home- or so I thought.

That evening I spiked a temperature. 38.5 , not huge and as the doctor explained, not uncommon as the bodies immune system reacts in much the same way to a surgeons scalpel as it would to M.R.S.A.
The first case is not totally undesirable whist the latter is potentially disastrous.
So , they took bloods looking for infection markers, raised white cell count, kidney and liver function gave me a chest X-ray and sent off sample for blood culture looking for bugs. Whilst awaiting these results they immediately put me on heavy duty intra venous antibiotics which didn't agree with me at all. The philosophy being go in hard and heavy and if there are bugs, get them good and early.

To cut a long story short, after an extra three days being treated like royalty a doctor came to my bedside to tell me that the results of the blood culture had come back and with what seemed to me a dramatic pause, were negative and I could go home.

These days we only seem to hear negative stories about our N.H.S. , one thing that particularly bugs me is how difficult it is to see your own notes and I don't think patients are given enough clinical information about their condition, mistakes do get made and if a patient fully understands why he is being given a certain medication or perhaps postoperative anti-coagulants and some one forgets to write them up, there is another safety link in the chain of treatment - the patient
That said I think the service we have, free at the point of use is world class.